The version of PocketSDR makes calls to the external C libraries FFTW and libusb from the sdr_func.py. FFTW is a software library that represents the fastest Fourier transform in the west and realizes the fast Fourier transform (FFT). To install these libraries, run pacman -S mingw-w64-x86_64-fftw on Windows and sudo apt install libfftw3-dev libusb-1.0-0-dev on Ubuntu Linux.

The target OS of the PocketSDR applications are Windows and Ubuntu Linux. However, since the main part is written in Python, we can use them without considering a specific CPU architecture.

In the new version of Pocket SDR, Makefiles that uses for compiling the C language library have been added. So we can port them more easily on other operating systems. Therefore, I tried to automatically determine the OS in the Makefile so that we can used it on macOS both with Intel CPU and M1 CPU. The method of creating a shared library on macOS is the same as an article Awesome PocketSDR (pocket_trk edition).

Also, on macOS with Homebrew installed, execute brew upgrade; brew install fftw libusb to install the above FFTW and libusb.

Some changes to the Python code are required to make it available on macOS. I forked the source code from the GitHub page of Professor Tomoji Takasu of Tokyo University of Marine Science and Technology, and published the code including the compiled shared library on my GitHub page. Please download and use it at git checkout https://github.com/yoronneko/PocketSDR. To see the difference between them, please run git diff 5eb2e79.

In this version, the function get_const_int () that extracts constants from RTKLIB has been added to the Python wrapper code sdr_rtk.py. For this reason, the previously created librtk.so (Windows or Linux) or librtk.dylib (macOS) cannot be used as is, so please replace it with the one for this version.

There are several ways to detect the OS of Windows, Linux, macOS (also denoted as Darwin) and they are:

Here, the method of 3 is used. The PocketSDR library creation directory is lib/build.

To actually create a shared library, we have to make a distinction between Intel CPUs and M1 CPUs. So, for example, I added the following OS detection to the Makefile of, for example, libfec. In this example, the extension EXTSH and the installation directory INSTALL of the shared library are used for OS dependent variables.

Also, the current Homebrew (version 3.3.15, 2022-02-18) when using M1 Mac does not seem to automatically set the INCLUDE and LDLIBS paths for the installed library. Therefore, I added these paths in the Makefile.

For this acceleration, turn on all acceleration features with the -march = native option during C compilation of the Fast Fourier Transform library libsdr.so, and use the Intel CPU with the -DAVX2 option for enabling the compiler to use the AVX2 (Intel Advanced Vector Extensions 2) instruction set.

The LLVM (low level virtual machine) Clang compiler on macOS does not use the -march=native option even on Intel CPUs. The CPU of my Macbook Air is Intel Core i7-5650U and has an AVX2 instruction set. Therefore, I forcibly turned on AVX2 with -march=haswell and compiled it. AVX2 was introduced in the Haswell generation of Intel CPUs, so it’s a way to set Haswell as an architecture. However, this C code took about 1.5 times slower than the Python code took. The result of Intel MacCPUID (CPU information reading tool) and the execution example of pocket_trk.py are as follows. 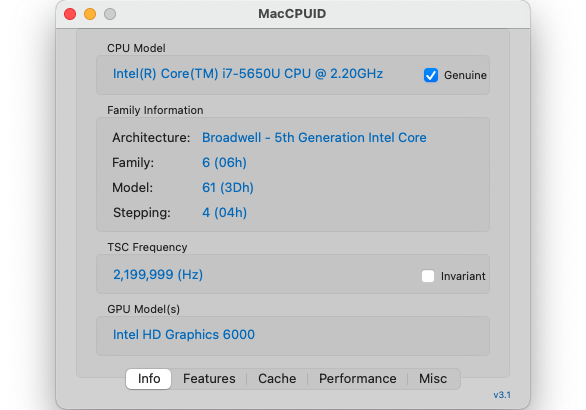 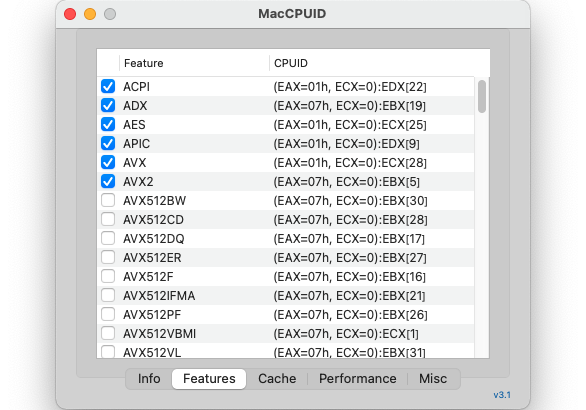 An example execution of FFTW off

An example execution of FFTW on（-march=haswell、-DAVX2）

On the M1 CPU, the -march=native option of the Clang C language compiler is not available, nor is AVX2 available. 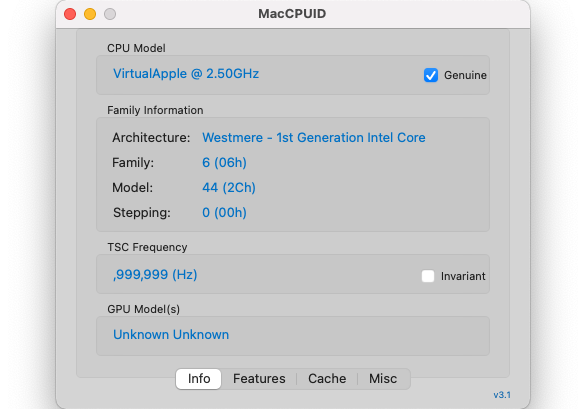 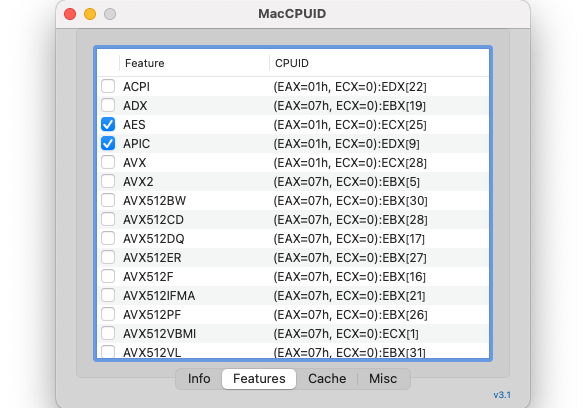 So I tried compiling and running without -DAVX2, but there was almost no difference in execution time between with and without FFTW offload.

For Intel CPUs of Haswell generation or later, the presence or absence of a function called FMA3 (Fused Multiply Add 3) that executes a product-sum operation with one instruction and its implementation are also important for matrix calculation and fast Fourier transform, but this function is implemented. It seems that some CPUs do not have it. In order to enable FMA3 on FFTW, it seems that we have to build it ourselves without relying on the package. There is a trade-off between tuning and environment-dependent exclusion.

Even in the macOS version, there is a possibility that it can be speedup up by tuning the option of FFTW, so I always used FFTW here. You can cancel the FFTW offload at any time by changing LIBSDR_ENA = True to LIBSDR_ENA = False in the sdr_func.py code in the Python directory.

Although the number of channels in this example is 1, it seems that the L6D signal can be tracked in near real time even under heavy load with animation.

Then I turn off the animation and measure the processing time.

With the Makefile in place, I could now try and error in simple steps. PocketSDR has a lot of features I haven’t tried yet. I will enjoy the treasure hunt in PocketSDR.