The Pocket SDR hardware is roughly divided into a high frequency receiver and a USB interface. I thought that I was able to confirm the operation up to this USB interface part. To tell the truth, I may need to replace the EEPROM. I think it will be useful for firmware recovery, etc., so I will publish it.

Last time, I flash the firmware of the USB interface FX2LP. Professor Takasu told me in his article on 2022-09-05 that CyUSB should be used instead of zadig as a driver for Windows. I thought it was already done because it was just a matter of replacing the PC driver. 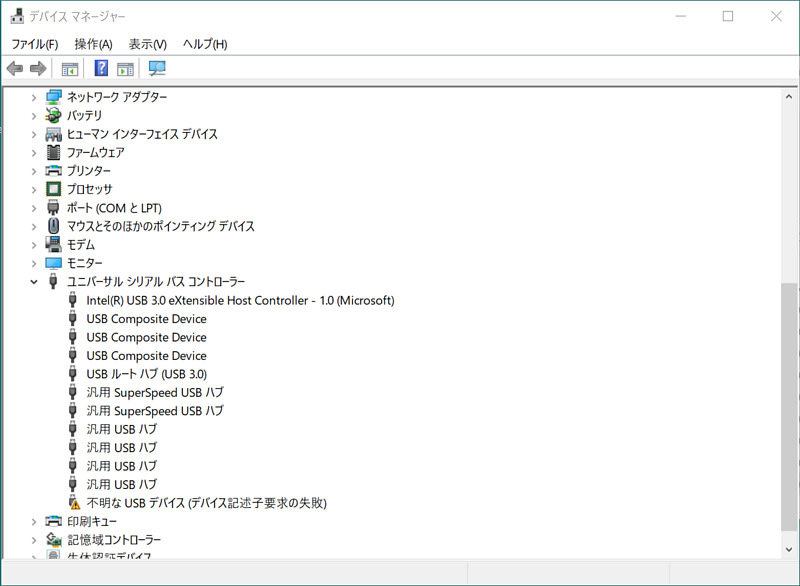 After a while, my Pocket SDR hardware connected to my computer had one of its white LEDs off. Furthermore, when I checked the device manager on the PC, this USB interface part was not recognized. I am getting the error “Device descriptor request failed”.

“I didn’t do anything and it broke.”

Actually, I was worried that my printed circuit board was dirty, even though the professors’ printed circuit boards were clean. I thought that the contaminants, the flux (soldering accelerator) contained in cream solder during reflow and the flux added during rework, had an adverse effect on insulation and component adhesion.

Therefore, I applied absolute ethanol to a toothbrush, gently brushed the terminals of all surface mount components, and then wiped them off with a Kimwipe, aiming to completely remove the flux (Reference: Aquchin Kobo’s YouTube How to Clean the Board ~Tips #06~). Flux also adheres to the toothbrush, so occasionally wipe the dirt off the toothbrush with absolute ethanol and Kimwipe.

In the process, I found some floating parts that I hadn’t noticed before. One by one, I removed the parts from the board and reattached them. Until now, I thought that hardware recognition takes about 30 seconds. With this bug fix, the hardware was immediately recognized by the computer.

However, this hardware was still not recognized by my computer.

However, there was the solution in Professor Takasu’s article FX2LP firmware flashing.

The basic firmware to be loaded into the RAM area is included in the software bundled with Cypress’s (now Infineon) EZ-USB Development Kit (DVK) CY3684. After registering as an Infineon member on the web, download DOWNLOAD - CY3684Setup.exe of this Tools & Software and install it on your PC, and you can find the necessary Vend_Ax.hex.

The contents of the above article by Professor Takasu are as follows. 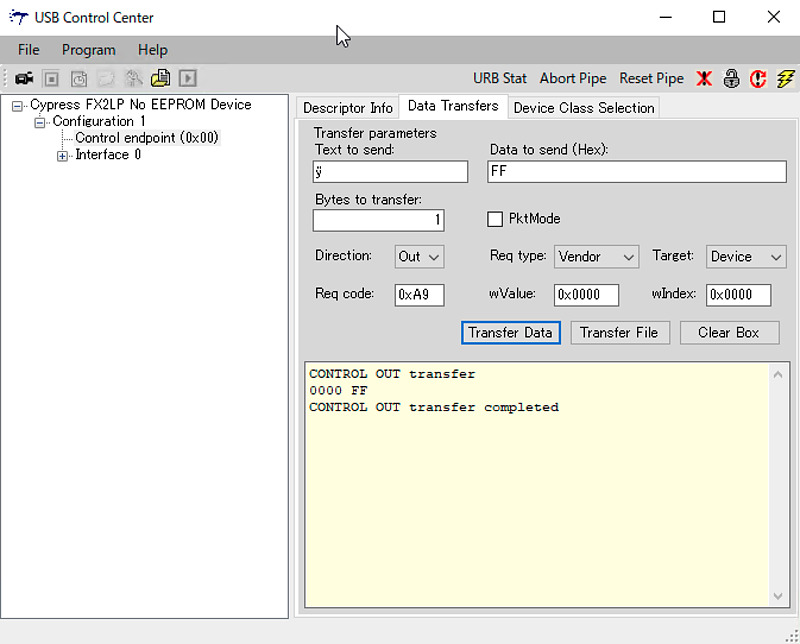 We can continue and flash the Pocket SDR’s firmware file (pocketsdr.iic). The operation itself is very easy. But I can’t seem to find a magic parameter like 0xA9 or this procedure. I would like to thank Prof. Takasu for sharing this procedure, and it was very helpful.

I may have corrupted the EEPROM

On my hardware, when I tried to flash the firmware in the Cypress USB Control Center, it said Programming failed. Until now, I was able to write the firmware to the EEPROM with this operation, but I’m sad that I can’t. As a test, in this write failure state, when I unplugged the hardware and plugged it back in, it became an “Unknown USB Device”.

When I tried to boot with the firmware that failed to write the firmware, it seems that only part of it works, so I’m guessing that part of the EEPROM is corrupted. I bought some of EEPROM, so I’m going to replace it. I’m sure that once you succeed in creating hardware, the creation success rate will skyrocket.

Pocket SDR v.0.8 uses CyUSB as the Windows USB driver. Removal of the flux on the printed circuit board until the component terminals look clean is the important procedure. To remove this flux, I used absolute ethanol, a toothbrush, and a Kimwipe. It’s also important to know the firmware recovery procedure in case we can’t boot.

It seems that I have broken the EEPROM, so I will try to replace it.

It feels like we’re three steps forward and two steps back to produce the Pocket SDR hardware, but I won’t give up. Please wait for the further report.