I want to use bladeRF with PocketSDR AP, part 2 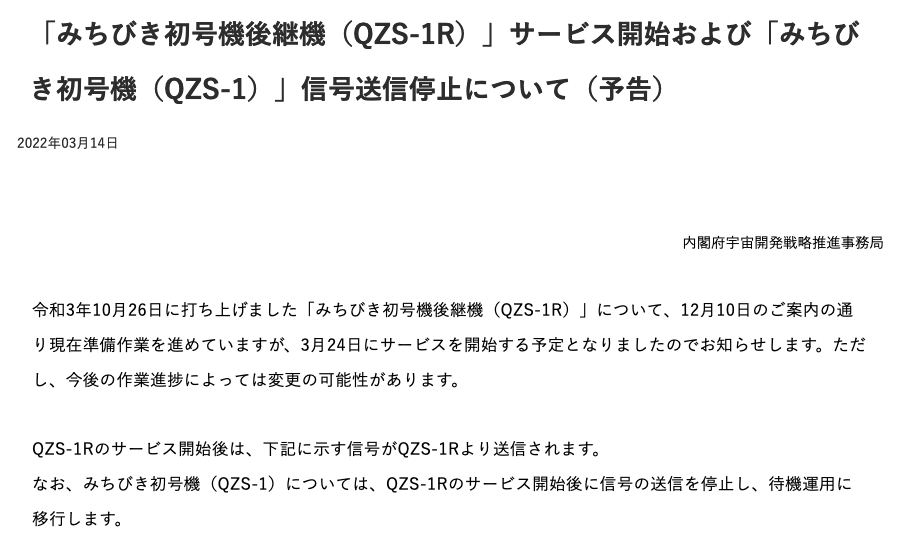 In addition, the playback of the recorded signal has been successful, which is awesome. Professor Ebinuma used a low noise amplifier (LNA) with a gain of 40 dB and a ramdisk. It was also mentioned in the value of RXVGA2 (receiver variable gain amplifier 2) that I was worried about.

Therefore, I will try to record the signal again. I connected my LNA, Anritsu MA8610A, between the receiving antenna and bladeRF. The gain of this LNA is 20 dB, the frequency range is 9 kHz to 2.2 GHz, and the noise figure (NF) is 5 dB. This connection has increased the significant number of bits. 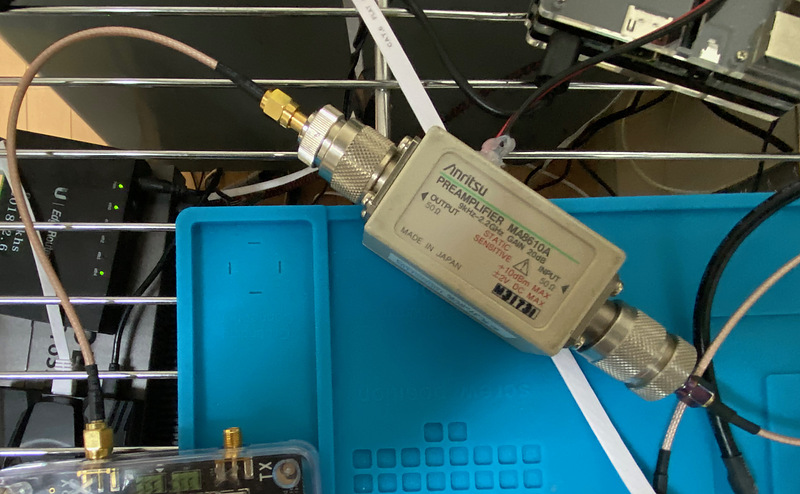 The next issue is signal missing, but I decided to reuse the ramdisk area already prepared in Ubuntu. With a capacity of 779 megabytes, it is sufficient for this experiments.

I wrote the signal recording file to this /run/user/1000 and checked the histogram with pocket_psd.py of the PocketSDR AP. As a result, the histogram and spectrum seemed to be disturbed less frequently, but they were still disturbed about once every few seconds.

Next, I tried OS downgrade from Ubuntu 20.04 LTS to Ubuntu 18.04 LTS. I thought that I might restore the OS later, so I replaced the SSD itself and installed a new OS. 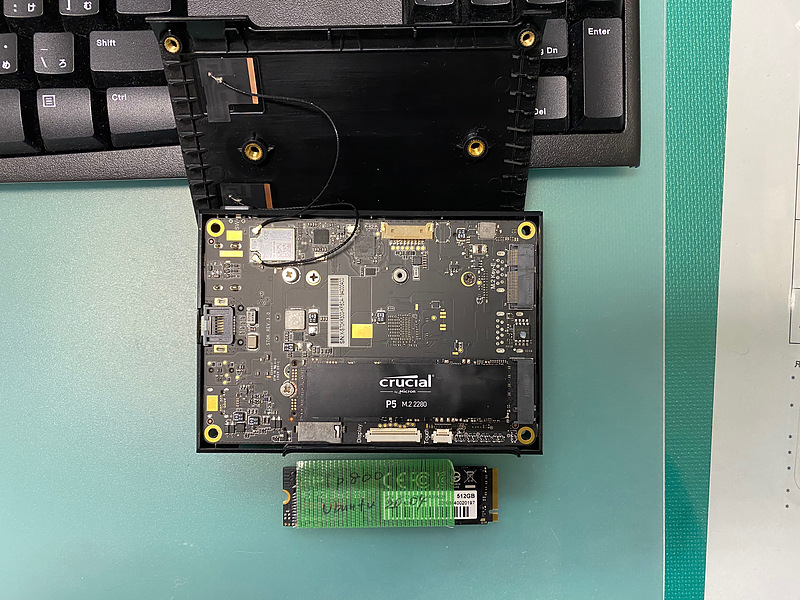 Ubuntu 18.04 LTS cannot use Nuand PPA files, so I built it from the source code. Since the firmware was new, I tried the latest combination of firmware v.2.4.0 and FPGA bitstream v.0.14.0.

However, I failed to run cal lms and went back to the shell in my environment.

When I revert the firmware version to v.2.3.1 and used FPGA bitstream version v0.11.0, DC offset cancellation was possible, so I will try it under these conditions. As a result, the histogram and spectrum were still disturbed once every few seconds.

Even with this B205 mini-i, there was a spectral disturbance once every few seconds. I changed my PC from Latte Panda to HP Z210, but the spectral distortion did not go away.

The same phenomenon appears on different radios and different PCs, so I may be doing something wrong. I like trial and error, so I’ll do my best.

When repeating signal observation and processing, it tends to forget the specifications and date and time notes. So I wrote the Python code measure.py to semi-automate measurement and recording. It records the date and time when the code was executed, creates a bladeRF configuration file with a file name that represents the specifications, executes the measurement, and adds the file name and specifications to the readme.txt file. am. If executed as it is, the signal of GPS L1 band will be recorded, but the signal of other frequency band can be recorded by the -band option.

I bought a GPSDO (GPS disciplined oscillator) to supply a stable clock to a software defined radio. One is the Hewlett-Packard (HP) Z3805A, which I bought a long time ago, and the other is the TM5301 I bought recently. 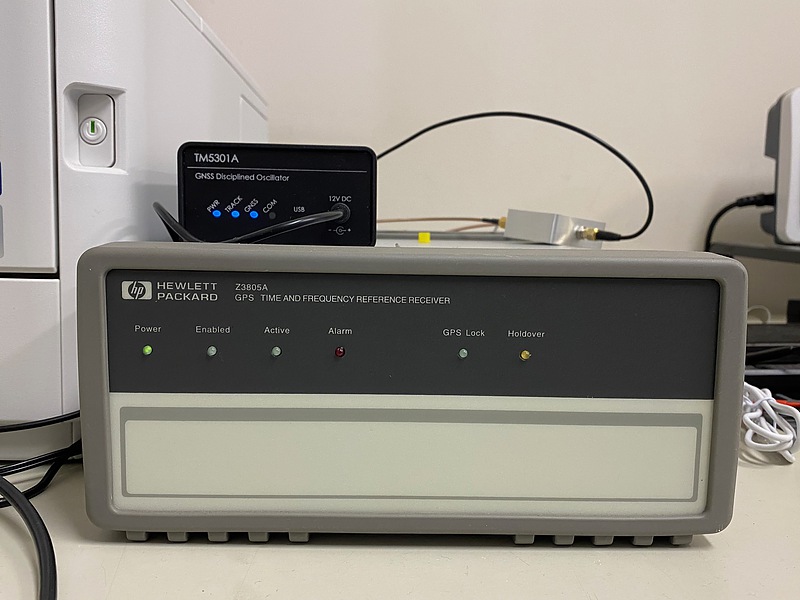 For TM5301, an NMEA message with a bit rate of 9,600 bit/s was displayed on the USB output. There was no NMEA message about the training status. The output seems to be stable.

I will continue to solve the problem that the signal observation is disturbed once every few seconds. It seems that trial and error is required for the firmware version of the software defined radio.

The day of retirement of the first quasi-zenith satellite, which has worked hard for a long time, is approaching. By then, I would like to achieve a commemorative signal recording.