I have tried the sample code of PocketSDR that Professor Tomoji Takasu of Tokyo University of Marine Science and Technology published on GitHub.

The material on this GitHub is about software defined radio (SDR) for receiving GNSS (Global Navigation Satellite System) signals, and consists of hardware design materials for receiving radiowaves and software for signal processing.

For receiving actual GPS signals, hardware is necessary. However, the data recorded by this hardware is attached as a sample, so if we can execute the positioning codes as described in the material, and we can try the signal acquisition not only on Windows but also on macOS.

I have confirmed that the code is successfully work with two Mac minis with an Intel CPU (macOS Big Sur, version 11.6.1) and a Mac mini with an Apple Silicon M1 CPU (macOS Monterey, version 12.0.1). I used python interpreter of a package manager Homebrew.

It is assumed that Homebrew settings are complete. we will use Python from Homebrew, which is a version 3 series.

The successor to QZSS-1 was successfully launched at 11:19:37 on October 26, 2021. Here, we try to capture the L1 C/B signal broadcast from the satellite. Modify the path of the execution example of the signal capture program pocket_acq.py from a backslash in Windows to a slash, and explicitly specify Python for Homebrew. 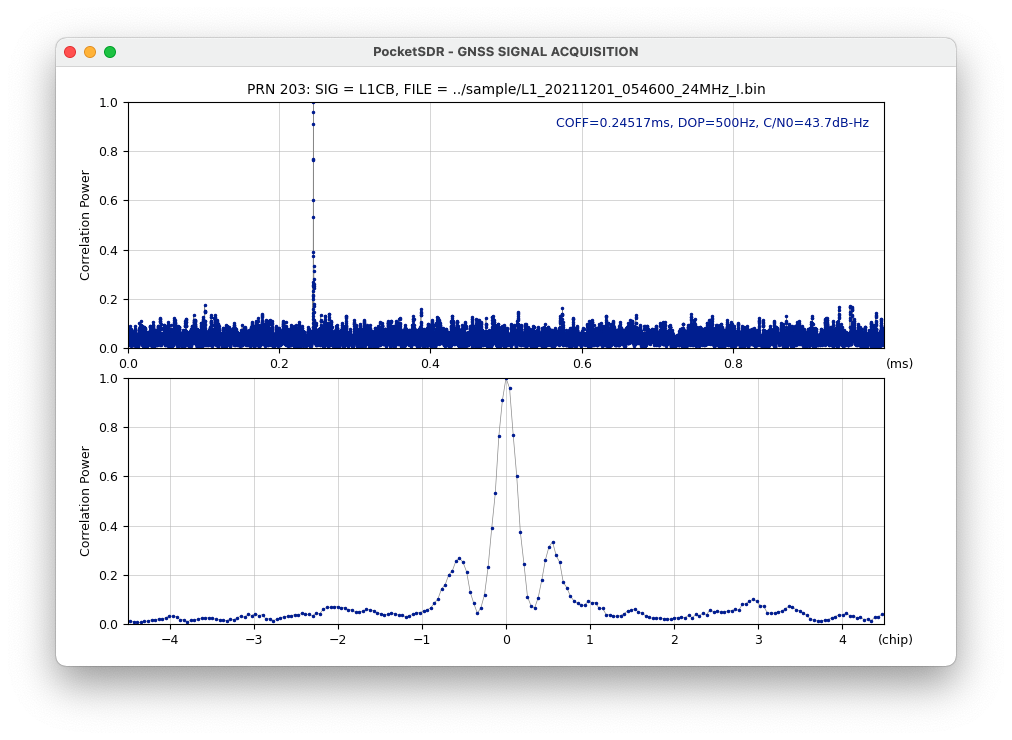 I am thrilled to be able to display the correlation plot of the L1 C/B signal, which cannot be received by commercial receivers yet. The terminal shows the time taken to capture the signal TIME = 495.3 ms. The upper row plots the correlation for timing for the pseudo random noise (PRN) number 203 specified here, and the lower row plots the correlation for the code offset based on that time timing. The graph also shows the captured timing, Doppler frequency, and the value C/N0 that is the value proportional to the signal strength. In the lower graph, there are two sub-peaks in addition to one main peak. This is a feature of BOC (binary offset code) correlation plots such as L1 C/B.

pocket_acq.py takes a data file as an argument, and it has following options:

Therefore, -f and -fi will specify the values at the time of data recording.

Also, a display option of -p adds a correlation plot, and one of -3d makes a 3D plot. These explanations were in the source code of pocket_acq.py.

An example of plot of this L1 C/B signal in 3D is: 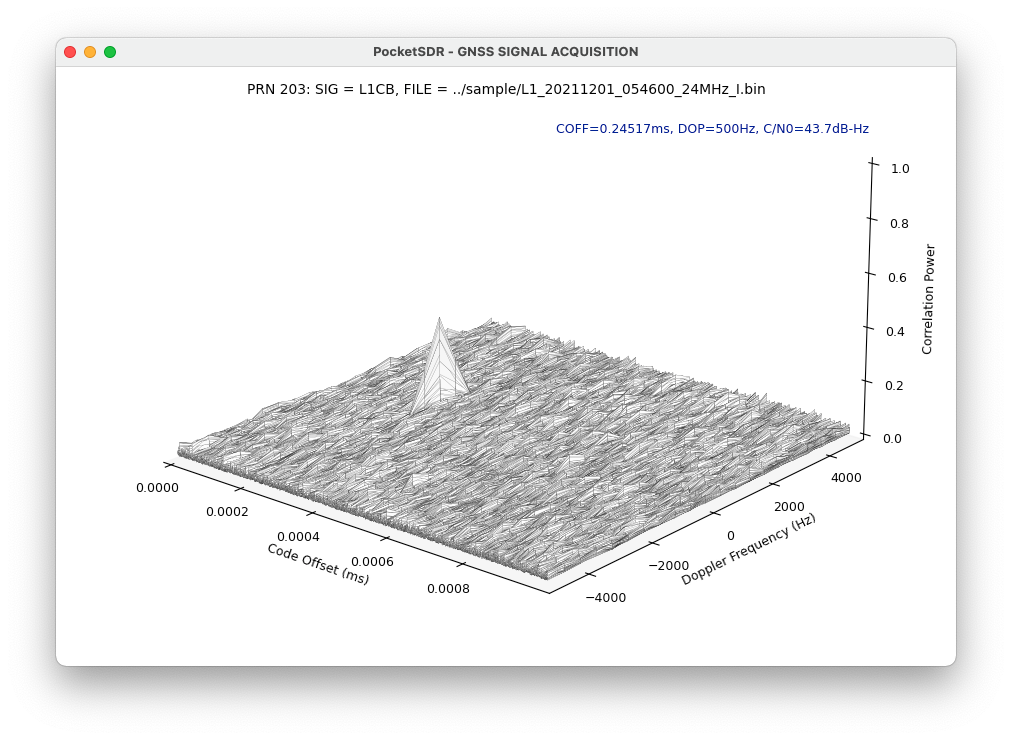 Signal acquisition in GNSS is to find the correlation peak by performing a two-dimensional search between the Doppler frequency direction and the code offset time direction.

Acquisition of other satellite signals

By changing the PRN number with -prn option and the signal type with -sig option, it is possible to capture other satellites. For example, I tried to capture the conventional signal L1 C/A of QZSS 1, which is not the successor. 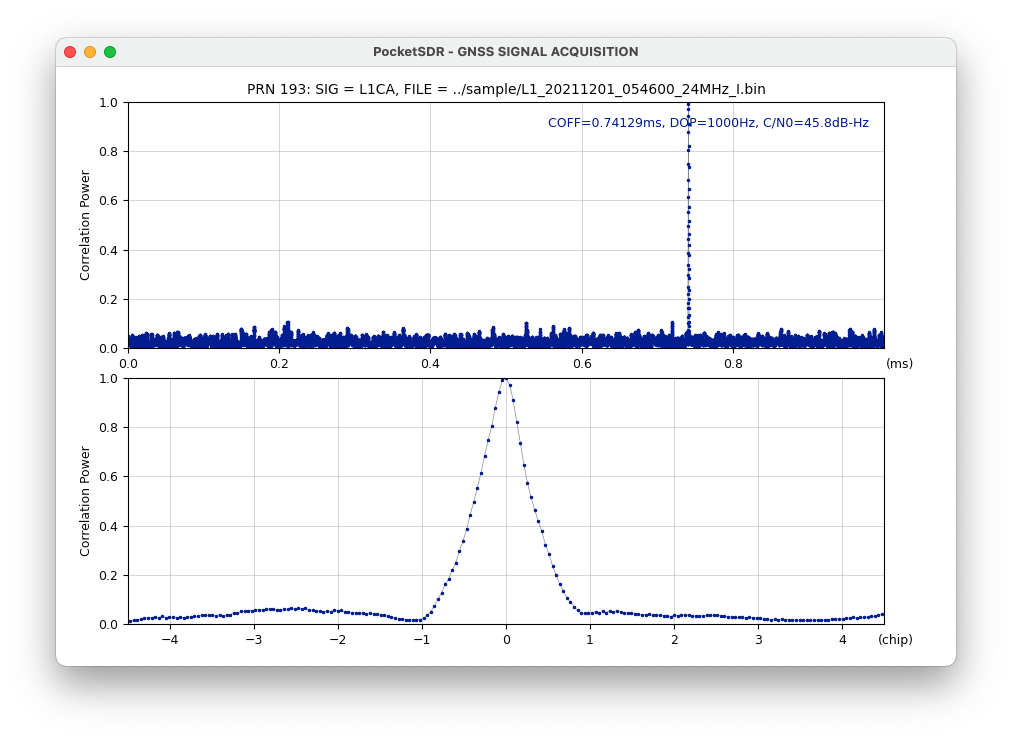 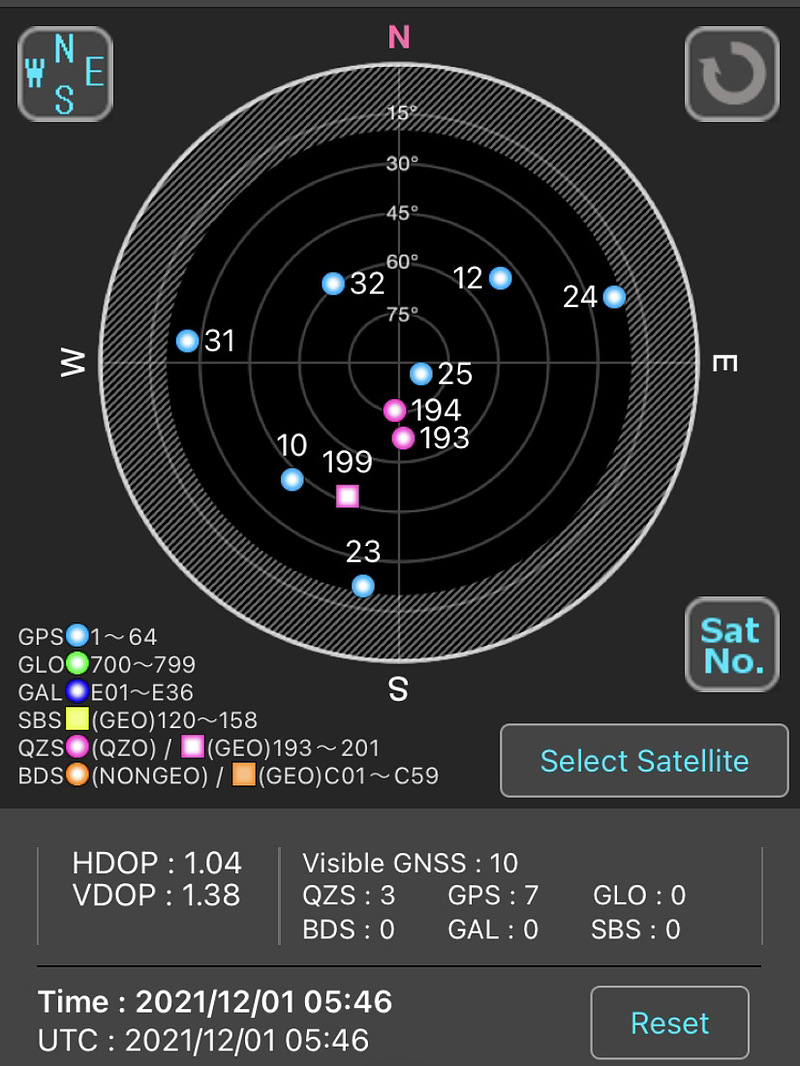 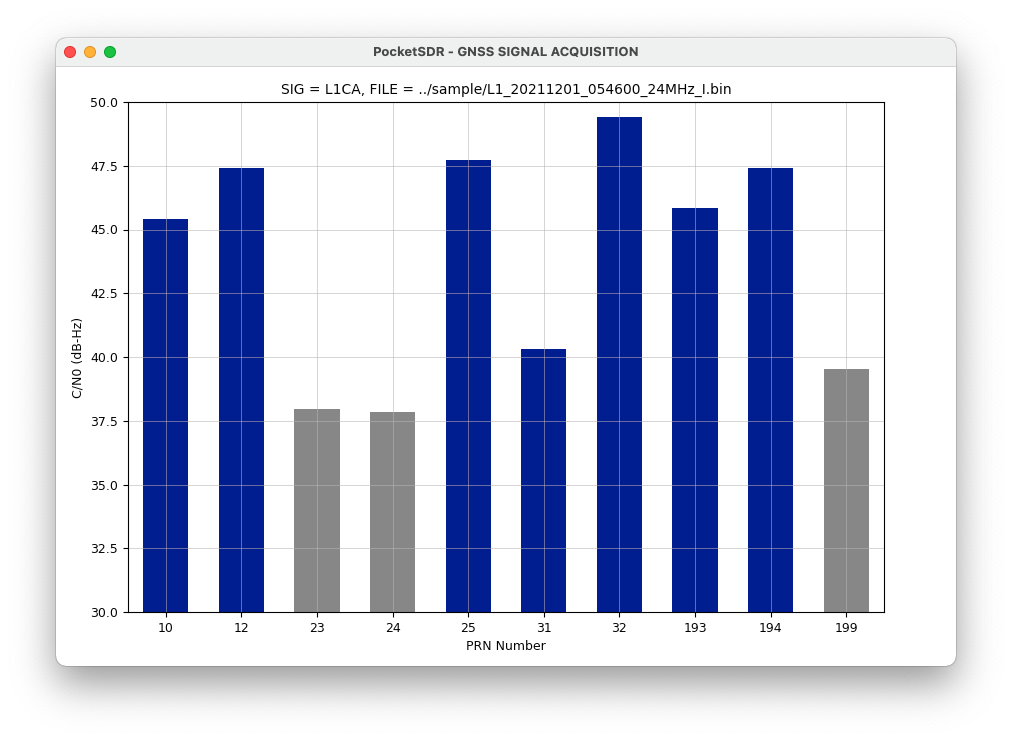 Reading this code will be very educational. PocketSDR is also used as a teaching material for human resources development to accelerate satellite positioning technology that has entered a new phase for university students. Young people have a lot of opportunities.