The positioning satellite QZSS broadcasts Disaster and Crises Management Report signal that broadcasts emergency information in the event of a disaster. This signal is sent as one of the Submeter Level Augmentation Service signal (L1S signal) in an emergency.

From new firmware v1.4.1 released on October 4, 2019, getDCReport (), which is an API for acquiring QZSS disaster information sentence, has been added. 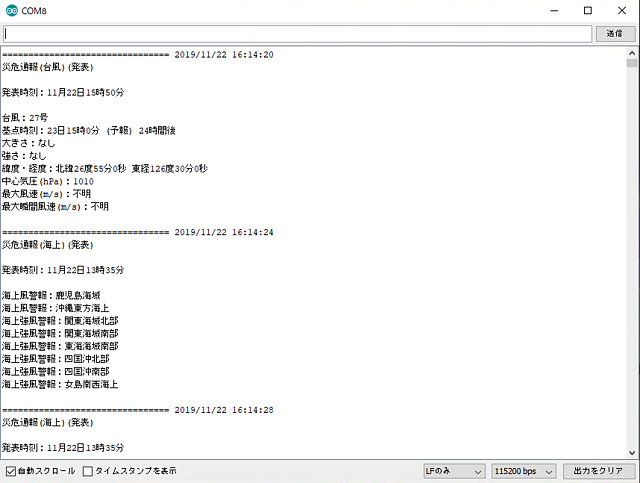