The signal broadcast by the positioning satellite Quasi-Zenith Satellite System (nicknamed “Michibiki”) operated by the Japanese Cabinet Office is compatible with the signals broadcast by the GPS. We will express augmentation as enhancing accuracy and reliability while utilizing such conventional signals. Michibiki broadcasts augmentation signals as follows: 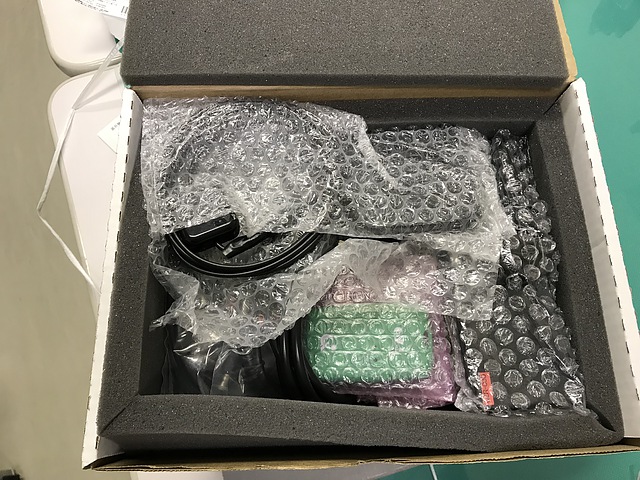 Among them, AQLOC which can receive the CLAS of the L6D signal would provide the highest accuracy of positioning with the augmentation signal of Michibiki. AQLOC seemed to be very popular, the lending has waiting for next six months, and the lending period will be shorten to one week.

There seems to be no device capable of receiving L6E signal MADOCA.

Currently I borrowed the equipment of the following items 1, 3, 4. We can try SLAS high precision positioning signal of Michibiki with QZ1 LE.

In Alpha G3T, the reception functions varies by the option. The Alpha G3T comes with options such as GPS L1 L2 L5, GLONASS, Michibiki (QZSS), multipath reduction, carrier phase. However, options of BeiDou, GALILEO, NTRIP Server and RTK do not seem to be included. It is intended for use in post processing rather than real time observation. We are looking forward to the evaluation experiments such as GPS and QZSS triple frequency measurement.

The developer of PA-L1(N)-L2, Nippon Antenna provided me an opportunity to design, create, and measure microstrip antennas while I am a university student. About 30 years have passed since then, I am very happy that I got a prototype of the company’s new GNSS antenna.

I brought the above QZ 1 LE to the park and observed GNSS radio waves. 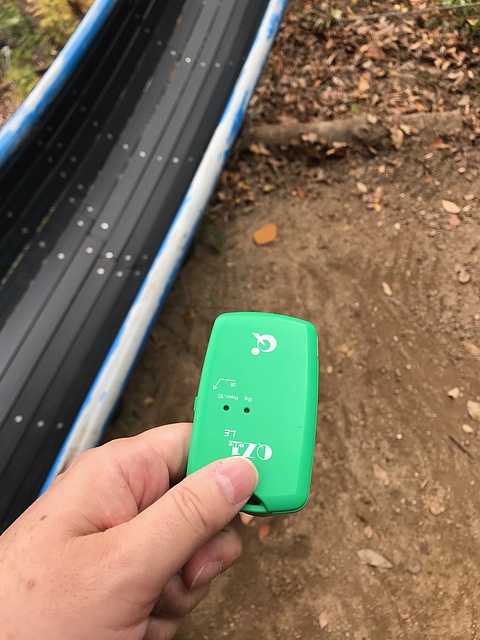 The results are as follows. 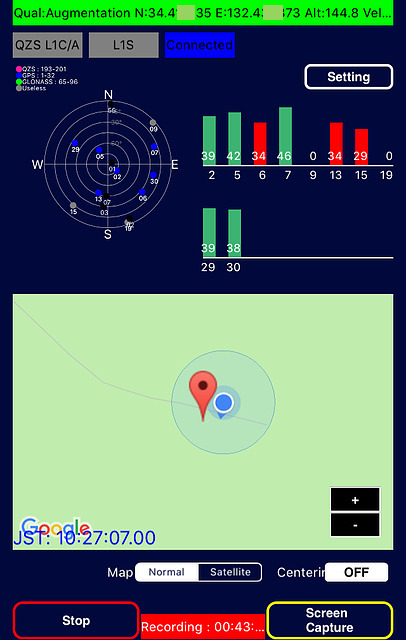 As the positioning satellite on the setting screen, you can select 3 satellites of GPS, QZSS, GLONASS. When you deselect QZSS, augmentation information displayed at the top is no longer displayed, so it seems that it is receiving augmentation information from Michibiki in the QZSS selection state. Even if you select GLONASS, that satellite number was not displayed. The sky plot and the reception status display may not indicate all receiving satellites. I would like to try various things from now on.

This receiver would be capable of receiving the disaster/crisis management report service information in the L1S signal, and I would like to try it as well.