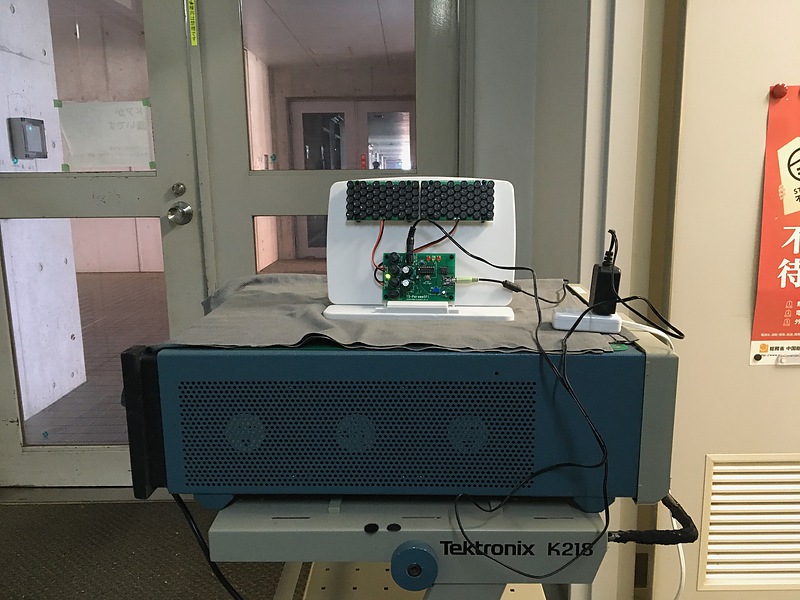 I set up the instrument and emitted a sound wave. On the other hand, while moving to the end of the corridor, he confirmed how far this sound reached. 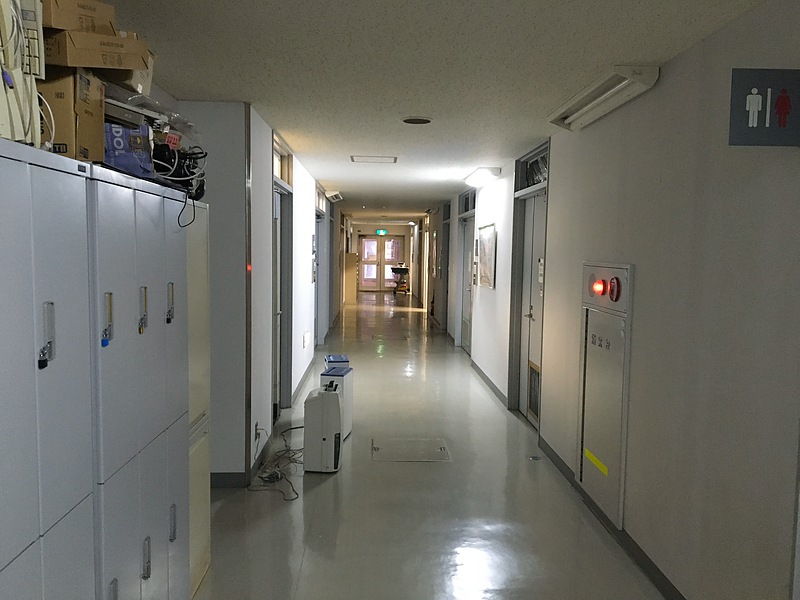 Next, with the front of the speaker facing the other side of the passage, we confirmed how far the sound waves reflected by the glass could reach. 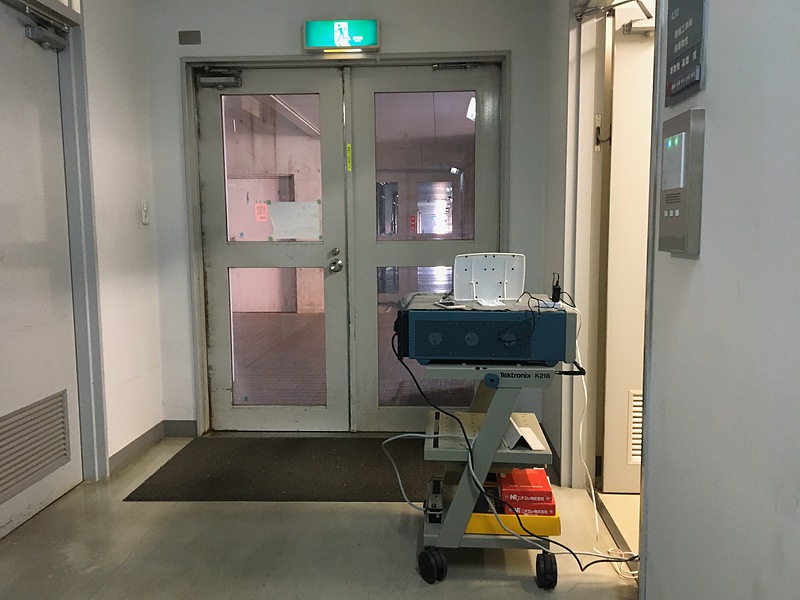 The sound reflected from the glass also reached the end of this corridor. On the other hand, on the other side of the glass radiated by the sound waves of the parametric speaker, this sound was quite small.