I bought a low-priced antenna that can receive the L6 band of the quasi-zenith satellite Michibiki.

I found low-cost antennas that can receive all of these four frequency bands. One of them is BT-200 of Shenzhen Beitian Communication Co., Ltd., which has a store on AliExpress in China. This antenna is said to be able to receive GPS L1 L2 L5, GLONASS G1 G2, BeiDou B1 B2 B3, Galileo E1 E2 E5a E5b E6, and NavIC L5, so it seems that it can receive all four frequency bands of Michibiki mentioned above. The price was 128 USD plus shipping to Japan was about 3 USD.

This is the antenna, which is slightly larger than Javad’s GrAnt-G5T and TOPGNSS’s GN-GGB0710. The power supply voltage range of the low noise amplifier (LNA) inside this antenna is a little narrow at 3-5.5 V, but I don’t think it will be a problem in practice. 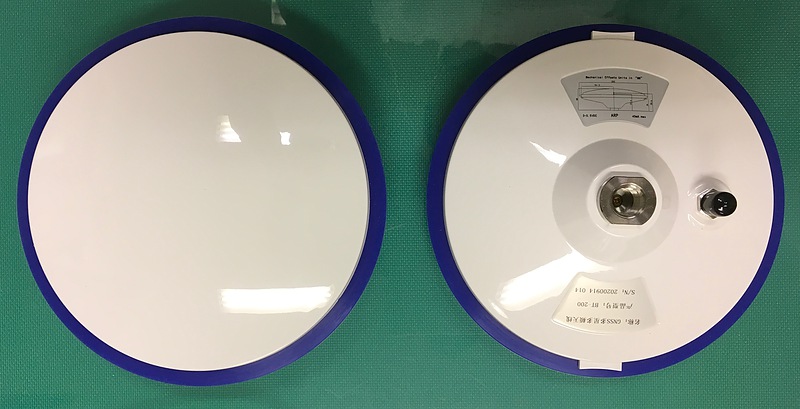 The back side states that the antenna has a diameter of 200 mm and a height of 68 mm. The dimension between the feeding position (ARP: antenna reference point) and the bottom of the antenna is also described. 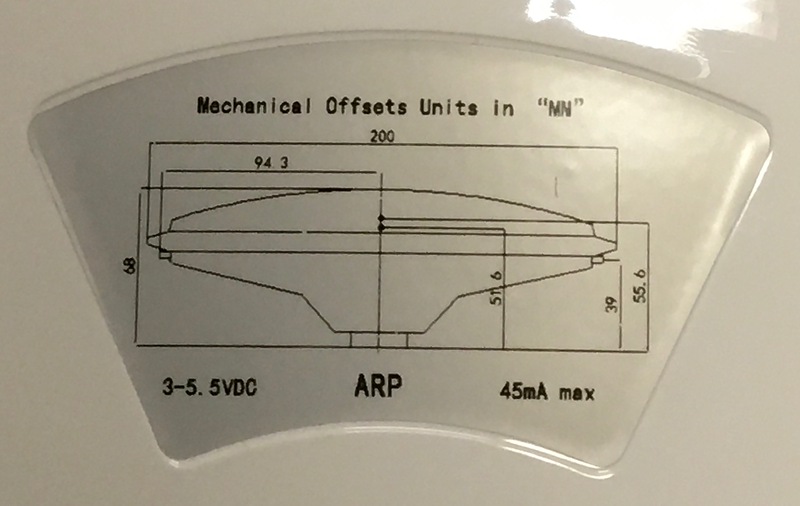 I bought another antenna BN-345AJ that seems to be able to receive Michibiki’s four-frequency bands with the small antenna. The receivable frequency bands are written as GPS L1 L2 L5, GLONASS G1 G2, BDS B1 B2 B3, and GALILEO E1 E2 E5a E5b E6. The size of this antenna is larger than that of u-blox’s ANN-MB-00 that can receive GPS L1 L2, Galileo E5b, BeiDou B2I.

When the scattering parameters were roughly measured using a network analyzer and a log-periodic antenna, both of these antennas seemed to be capable of receiving the Michibiki’s four-frequency band. I installed the BT-200 on the roof of the university and connected its output to the receiver u-blox ZED-F9P and HD9310 via the 2-branch signal splitter Mini-Circuits’ ZAPD-2DC-S+. Now you can observe the three frequency bands of Michibiki, L1, L2, and L6. 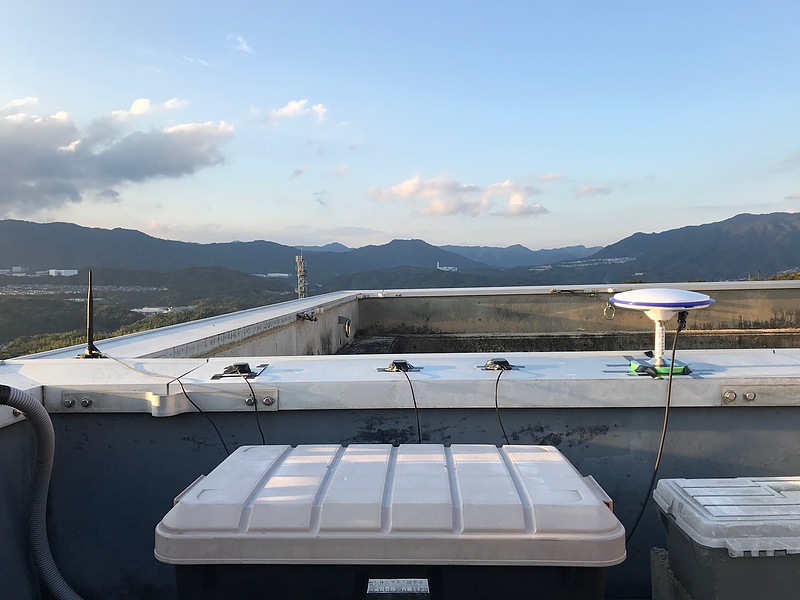 First, transfer the output of the receiver ZED-F9P to TCP port 2000 with str2str of RTKLIB 2.4.3b33 operated on Raspberry Pi. The serial port of this ZED-F9P is made accessible by the device file /dev/ttyF9PS on the Raspberry Pi.

The -b option represents bidirectional mode, which allows you to not only receive messages from ZED-F9P, but also send commands to ZED-F9P. With this configuration, it is also possible to configure ZED-F9P using the software u-center. Here, the reception status of this ZED-F9P was observed from the laboratory using RTKNAVI of RTKLIB. 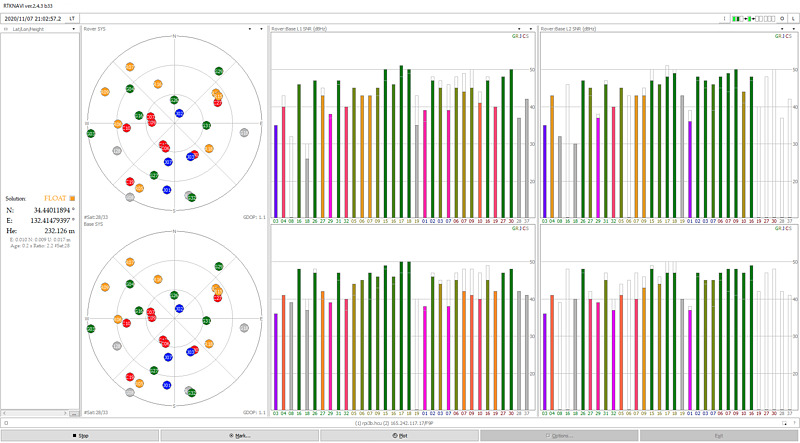 The top shows the signal of ZED-F9P connected to Beitian BT-200, and the bottom shows the signal of ZED-F9P connected to Javad GrAnt-G5T. The satellite constellation view, L1 band signal strength, and L2 band signal strength are displayed on each stage, and the satellite signal mask angle is set to zero so that low elevation angle satellites are not excluded. I have set it to receive GPS, GLONASS, Michibiki, BeiDou, and SBAS signals. Please note that the BT-200 signal was bifurcated and the GrAnt-G5T signal was weaken, so the GrAnt-G5T signal display was 1.8 dB disadvantageous, which was not a fair comparison. However, almost the same signal strength was obtained with BT-200 and GrAnt-G5T.

Next, the Allystar HD9310 is used to receive the Michibiki L6 band signal. 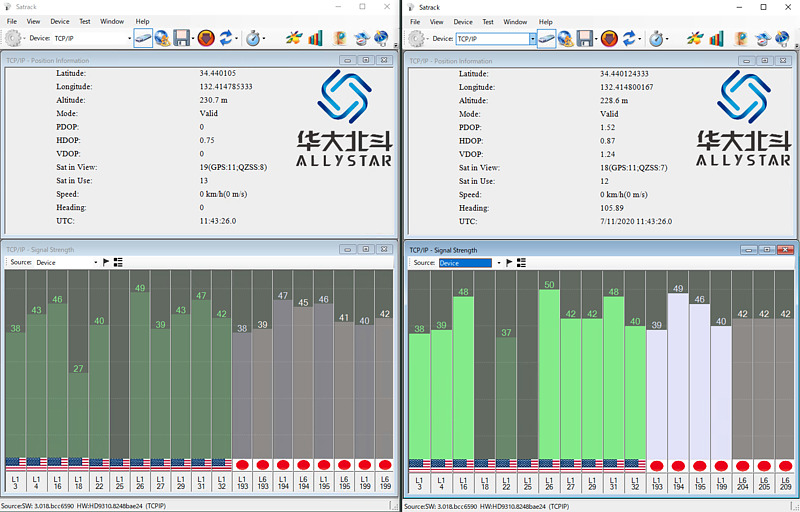 The one on the left is from Javad GrAnt-G5T, which receives GPS L1 band, Michibiki L1 band and L6D CLAS augmentation information. The one on the right is the Beitian BT-200, which receives L6E MADOCA augmentation information instead of L6D CLAS. It can be said that almost the same signal strength is obtained. Of course, the BT-200 may not be a replacement for the GrAnt-G5T, but I thought the GNSS antenna was also coming down in price. I will try another antenna, BN-345AJ, in the near future.

With my equipment, it is now possible to receive Michibiki’s CLAS and MADOCA at the same time. I would like to enjoy Michibiki.