In Lithium-ion batteries, there is a relationship between the open-circuit voltage and the remaining battery capacity, but this relationship changes as the number of charge-and-discharge cycles increases. The typical terminal voltage of most lithium-ion batteries is 3.7 V. If the terminal voltage is too high (typically above 4.2 V), the lithium ions turn into metallic lithium and react strongly with water. On the other hand, if the terminal voltage is too low (typically below 2.5 V), the battery capacity will be permanently reduced.

The lithium-ion battery used in the experiment is P1832J of KeepPower, China. This cell uses Panasonic cell NCR18650BE. Since the brochure of this cell could not be found on the Panasonic homepage, I referred to the characteristics of the cell NCR18650BD which has characteristics close to the cell. The battery capacity is 3,200 mAh. This means that the battery can be discharged with a load of 3.2 A for 1 hour. 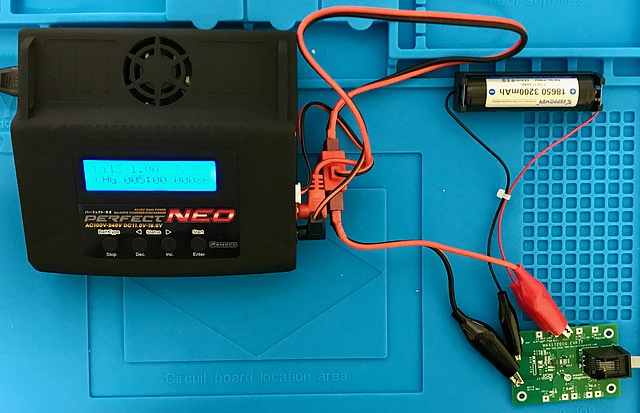 The MAX17201 communicates with a PC via I2C. This development kit included a USB interface and configuration software. 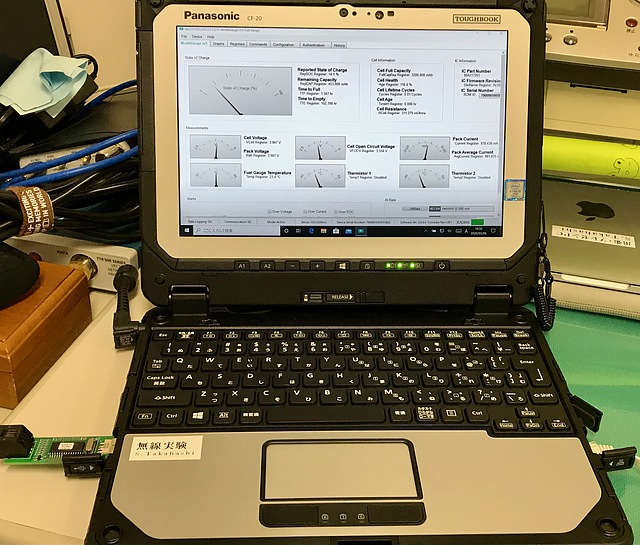 A typical capacity estimation IC needs to set a lot of parameters, but Maxim prepared the configuration wizard that can be set these parameters interactively. Using this, I set the battery capacity to 3,200 mAh, the battery type to NCR, and the other items to default. 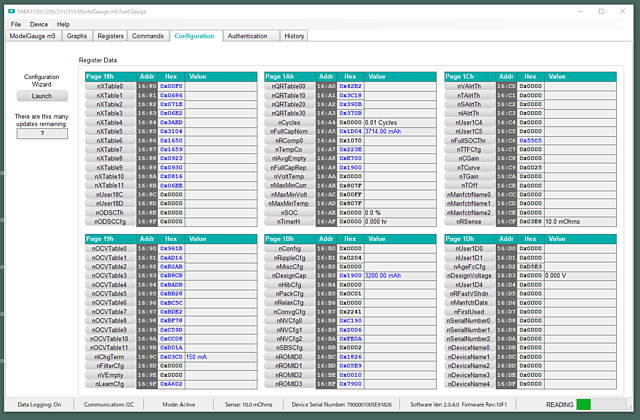 It is recommended that this battery be charged at 0.5 C, so I set the maximum current of the charger to 1.6 A and the standard voltage to 3.7 V. And started charging. The MAX17201 evaluation software screen looks like this: 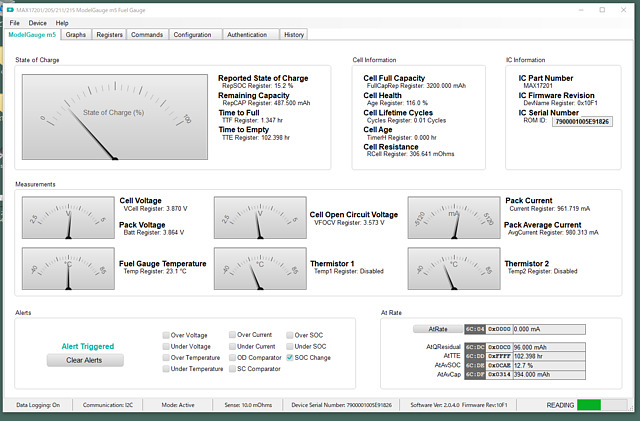 The software displayed the charging voltage, open circuit voltage, charging current and temperature, as well as the battery SoC. We can see these time change graphs. 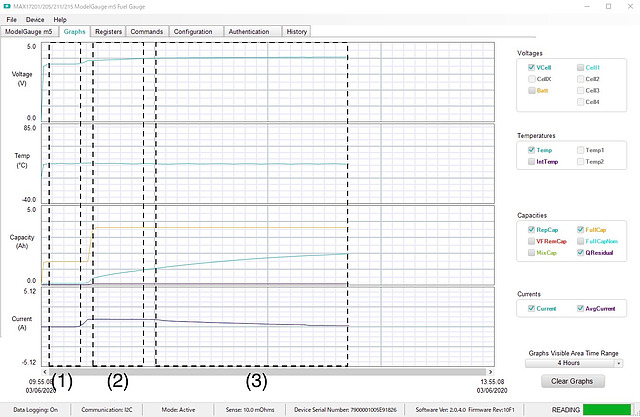 In the experiment, I also tried discharging at 0.25 C.

This software can monitor the status of the MAX17201 registers. 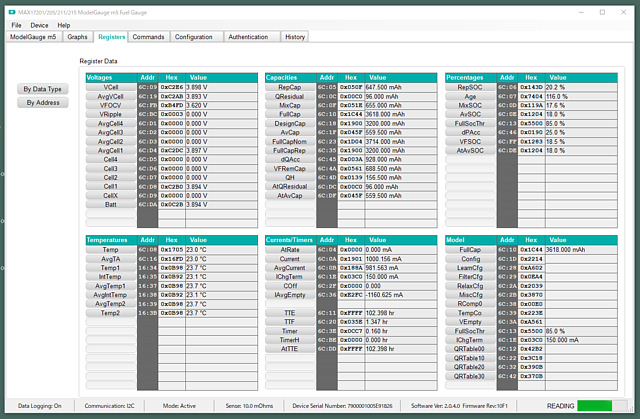 Also, it is possible to prevent the contents of the nonvolatile memory in the TC from being rewritten. 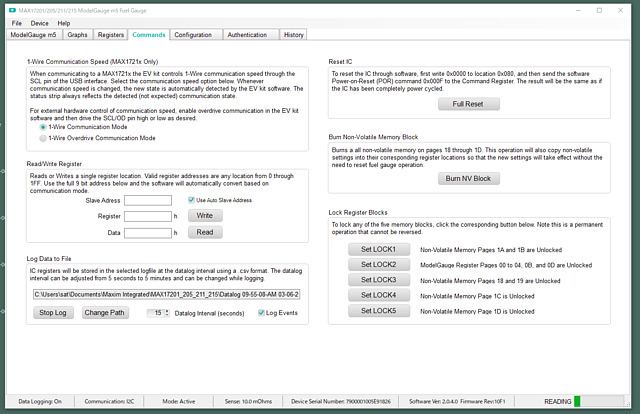 In addition, it seems that it is possible to set a 160-bit challenge word setting to prevent forgery of the battery. 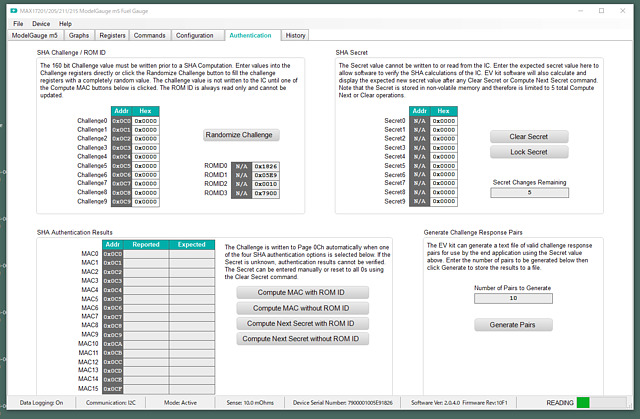 Through this experiment, I deepened my understanding of lithium-ion batteries. I will try to obtain various data while keeping safety in mind.