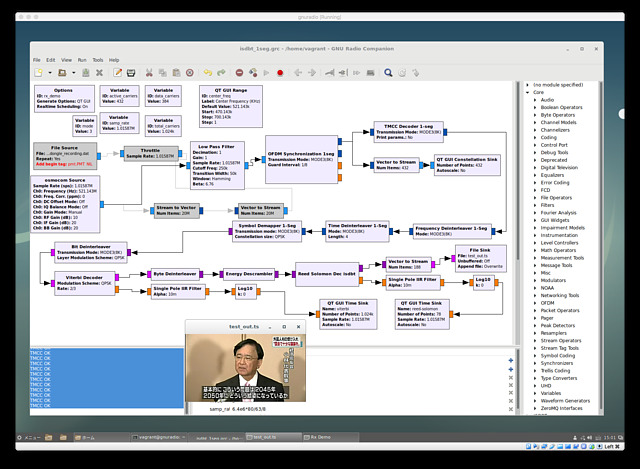 Typing vagrant up from the terminal of the Mac which introduced vagrant, you can set up software almost automatically including steps of downloading Debian image, compiling GNU Radio and gr-isdbt. By connecting a dongle for receiving DVB-T made by RTL-SDR.com to the PC and doing a bit of additional setup manually, I could receive one-segment broadcasting.

Vagrantfile is as follows.