I have always wanted to improve the performance of the RTK reference station by using two frequencies, but I finally realized it. Two frequencies, L1 and L2, in GPS and QZSS. 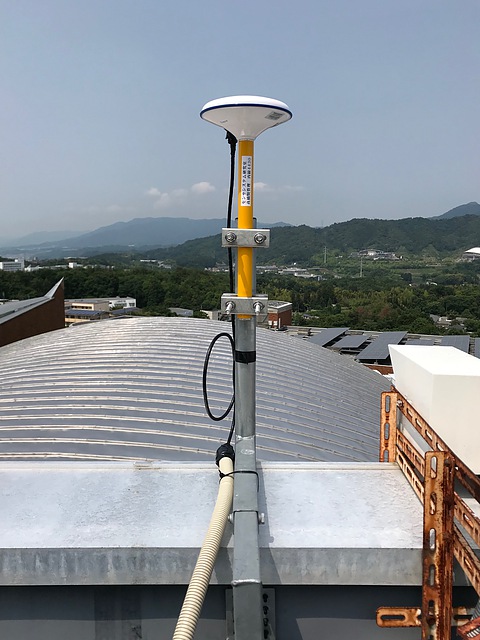 The two-frequency antenna shown in the photo is supplied to Emlid REACH (positioning chip is u-blox NEO-M8T, one frequency) and u-blox ZED-F9P (two-frequency) module through Mini Circuit’s two-branch splitter. ZED-F9P is connected to the microcomputer Raspberry Pi 2 via USB and transferred to the NTRIP server using str2str of RTKLIB. The antenna is GN-GGB0710 purchased at AliExpress in China. Despite its low price of 75 USD, it has high sensitivity and catches many satellite signals. Please see the Hiroshima City University column on the bulletin board for preliminary information such as mount points and satellite signals being observed.

5/8 inch screws seem to be standard in the world of surveying, but I had a hard time with trial and error because I didn’t know how to fix the antenna. Although the antenna may appear to be attached at an angle, the level is used to adjust the antenna to be horizontal.

Since the antenna position has been changed slightly, it is necessary to re-measure the coordinates. I tentatively obtained the coordinates using MADOCA. Set RTKLIB as JAXA’s MADOCA usage example, change Rover to this mount point, and use MADOCA for 6 hours. After that, the screen of RTKPLOT was cleared, and even if it was continuously observed for 30 minutes, it moved only about 1 cm, so it was set to broadcast the coordinate value. 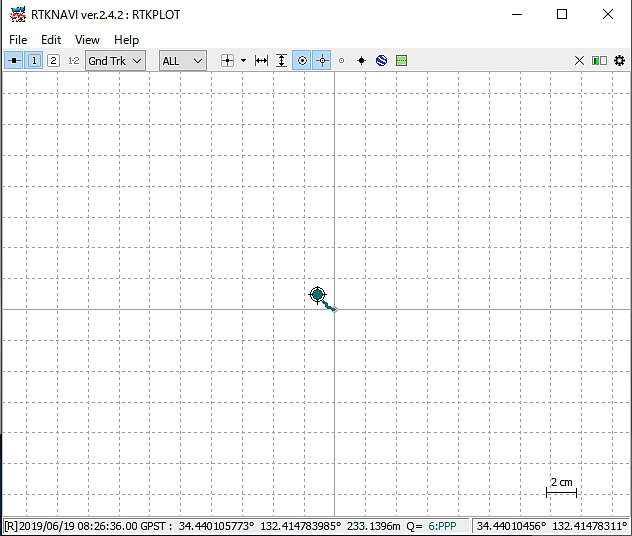 In the near future, the coordinates will be determined by performing RTK using the results of observation of the electronic reference point of the Geospatial Information Authority of Japan F3 solution. In addition, broadcast of coordinate values with semi-dynamic correction is also planned.