When conducting GNSS (satellite positioning) experiments, you may want to switch between multiple antennas with one receiver to see the difference in characteristics. To see the difference in the characteristics of multiple receivers with the same antenna, we may use an RF splitter. On the other hand, if you want to switch antennas, you need to attach and detach the coaxial cable.

To reduce this trouble and time, I made a coaxial cable switch. This coaxial relay is Anritsu 34K117707. Due to the shape, the input signal from the center is output to the left or right according to the control signal, and SMA connectors are attached to both ends.

This relay has a 3-pin control terminal. Disassembling this coaxial relay and I found two relays. Its center terminal was connected to the ground of the two relay coils. After connecting the experimental power supply to this control terminal and increasing the voltage little by little, the relay made at 6 V. Therefore, I decided 9 V of the control voltage, and a 006P battery was used so that it could be carried around. In addition, a light emitting diode is attached so that I can see which side is selected. The current limiting resistor is set to 470 ohms because the power supply voltage is 9 V. This was put in a heat shrink tube to insulate it. 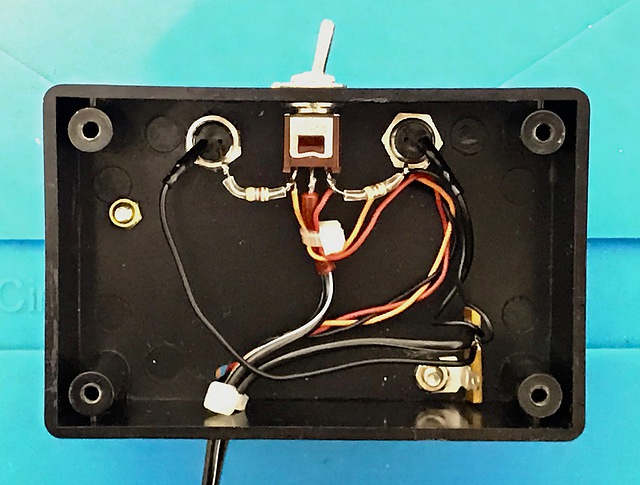 The characteristics of this coaxial cable switcher were measured using the network analyzer Tektronix TTR503A. QZSS’s L1, L2, and L5 frequencies are set to marker numbers 1, 2, and 5, respectively. However, the frequencies are slightly off because they were observed over the entire measurable frequency width (full span). First, the control switch was switched to the conductive state. Each loss is good enough, from 0.7 dB to 0.8 dB. 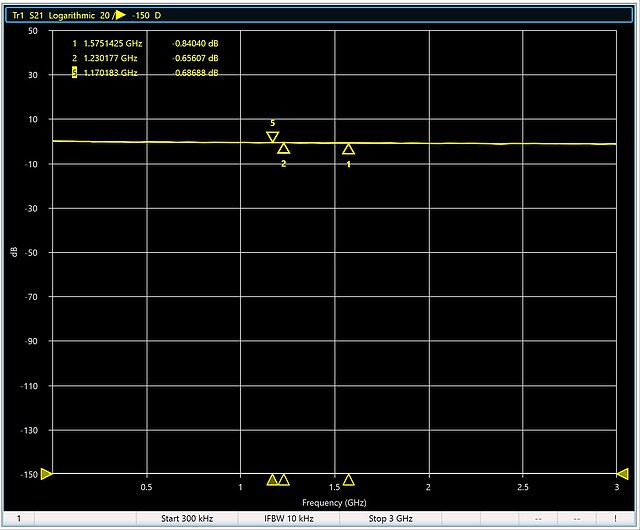 Then flip the control switch in the opposite direction, turning it off, and the measured loss is good enough, from 74 dB to 78 dB, which is also good. 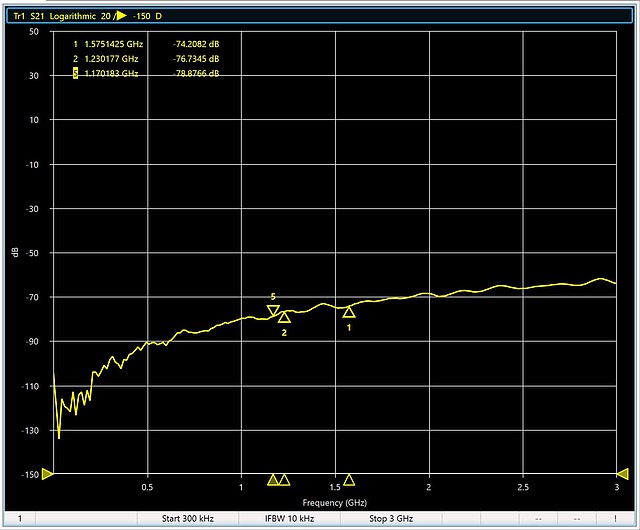 The signal leakage (isolation) between the switch terminals was also measured. This is also large enough from 62 dB to 65 dB, which proved to be safe to use. 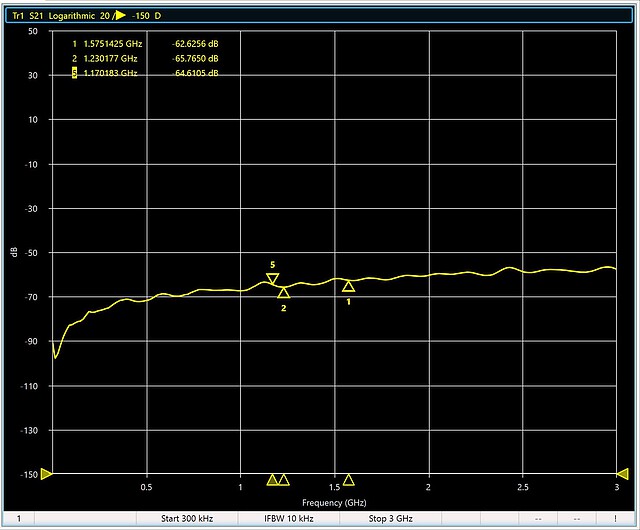