The demonstration test MADOCA (Multi-GNSS Advanced Demonstration tool for Orbit and Clock Analysis) is currently being broadcast from the L6E signal of the Quasi-Zenith Satellite Michibiki. 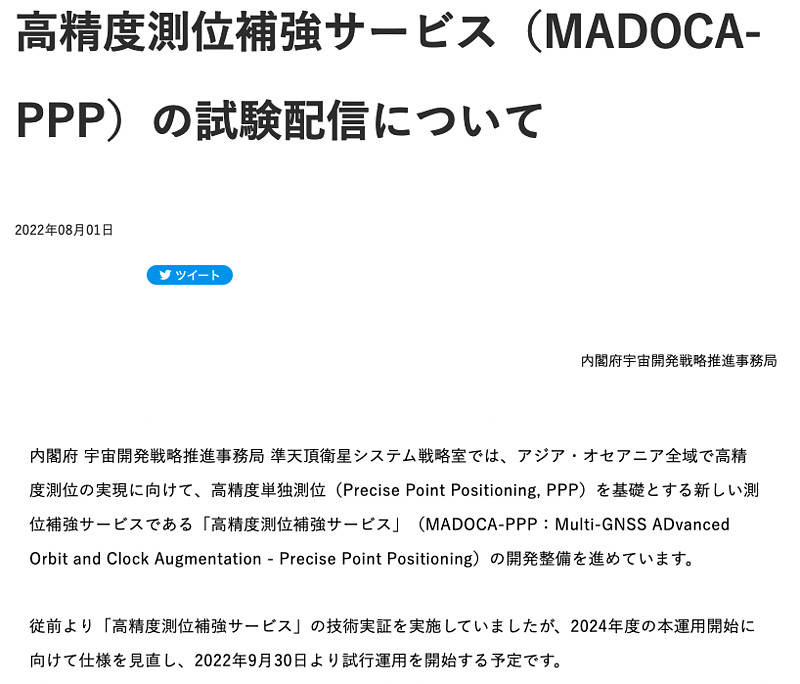 For example, if the raw data of the signal reception module HD9310 that can receive L6E signals is set to be output to the host name rpi2b and port number 2005, it is expected that MADOCA-PPP can be decoded as follows:

I would like to implement the part that converts this to RTCM 3 messages and make it possible to perform precise point positioning with RTKLIB.

In addition, the announcement says, “Current MADOCA (demonstration signal) cannot be used during test distribution.” Current MADOCA distributed by GPAS with L6E signals may be replaced by this MADOCA-PPP in the future.