Long-distance mobile radio communication (Low Power Wide Area: LPWA) modules that can be used immediately after purchase are on the market. There are several kinds of LPWA, but what is called LoRa (abbreviation of Long Range) is widely used in terms of delivering small data as far as possible as far as possible.

By the way, in order to use such a LoRa wireless communication module easily and legally in Japan, we will use one approved as a technical standard compliance system. Although there are several products of the LoRa wireless communication module that has been acquired by the technique, EASEL’s ES920LR which appeared on the market early is famous. An additional ES920LR module purchased with this development kit was surface mount technology (SMT: surface mount technology, a part intended to be mounted directly on printed circuit board). Because processing is somewhat troublesome, I left this communication module for a while. 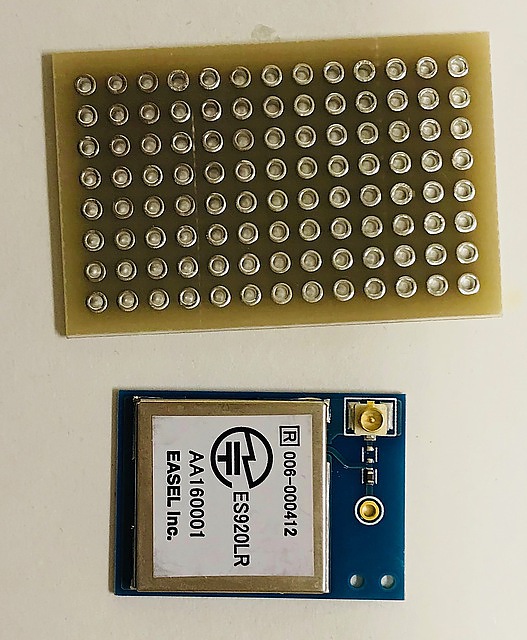 I thought that I should use this somehow. So, we first soldered the antenna which was already acquired. Because it is receiving technical certification with a set of communication module and antenna, you can not use your favorite antenna at a later time. Next, this communication module main body was turned over, fixed with a bond on a perforated board, and wired necessary items such as a pull-up resistor and a connector. As small as possible, made consciously. 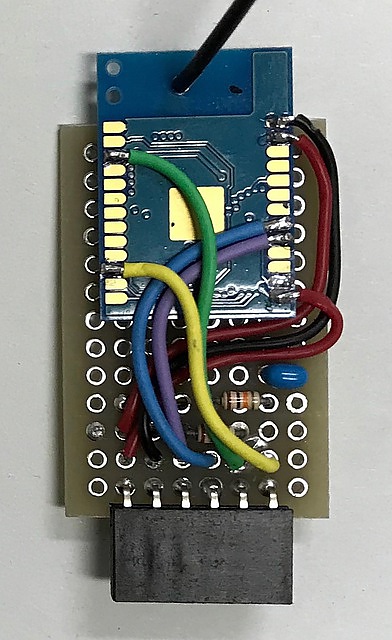 And this board was connected to Raspberry Pi 3 and the operation test was carried out. It is success. If you are told that “show me the technique marks to indicate that it is a legitimate device” … I may peel off the bonds and show the compliance mark. 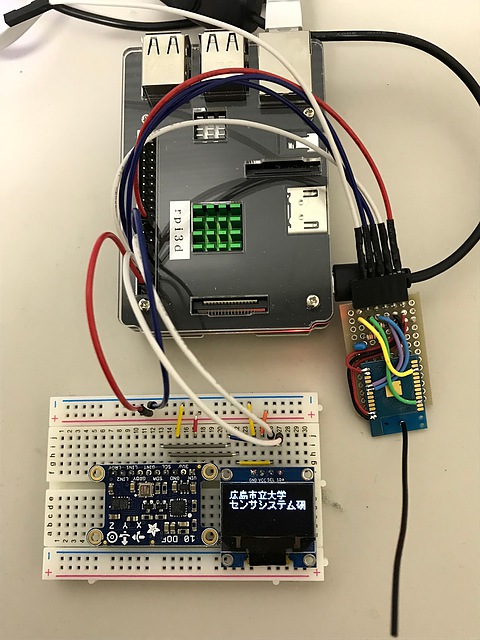 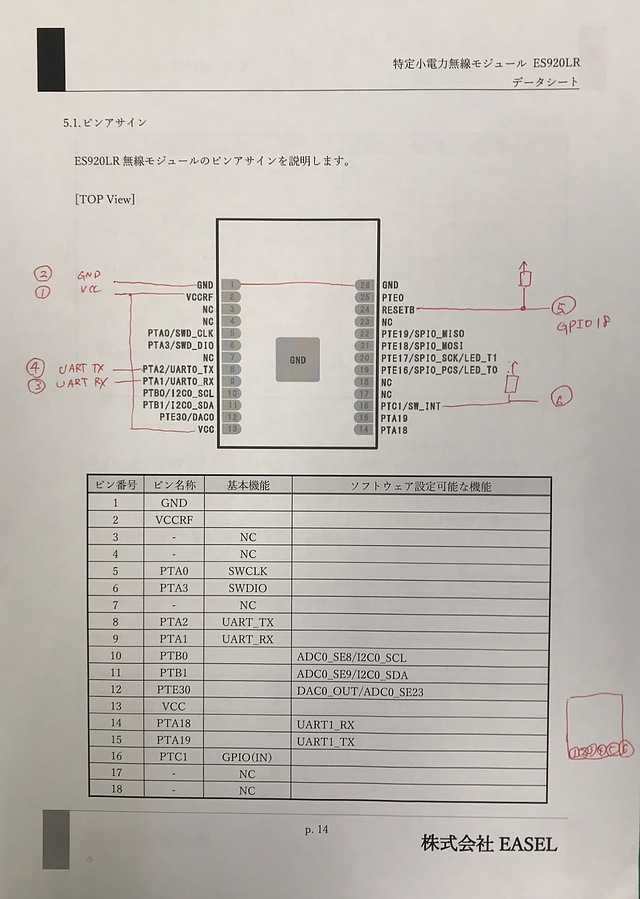 The power voltage of ES920LR is 3.3 V as shown on page 13 in the data sheet, while the power voltages of Raspberry Pi and Arduino are 3.3 V and 5 V, respectively. Therefore, a level converter will be needed for it with Arduino microcomputer.

One module attached to Raspberry Pi is act as a server, while another module is for a client. The program for the server is as follows:

On the other hand, the client program is as follows: