Use of Emlid Reach observation data with RTKLIB

Emlid Reach is an all-in-one package for RTK positioning. It is an easy-to-use one-frequency RTK receiver that acts as a Wi-Fi access point in the initial settings and allows RTK settings on the browser. Multiple satellite systems can be selected among GPS, QZSS, GLONASS, Galileo, and BeiDou (however, we select either GLONASS or BeiDou). If there are two Reach units, multi-GNSS RTK positioning is possible by TCP connection with one as server and the other as client. With Reach, we can perform multi-GNSS RTK. 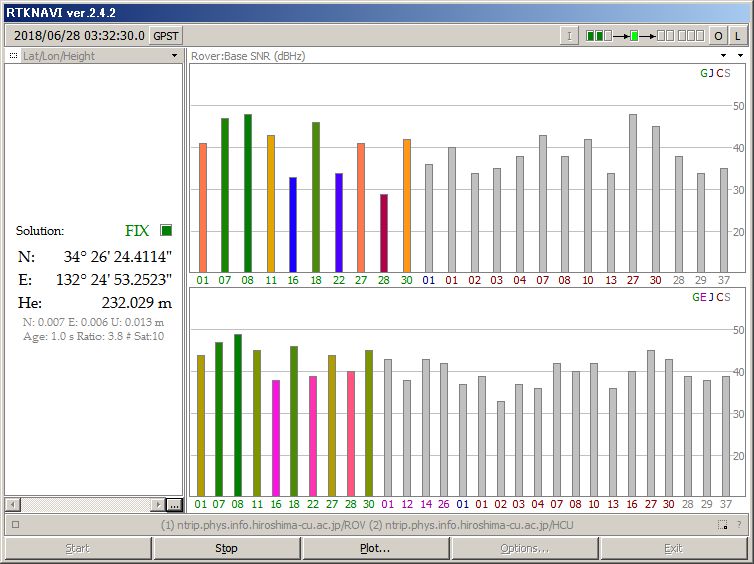 RTCM3 messages in Base mode tab of Reach display are as follows: 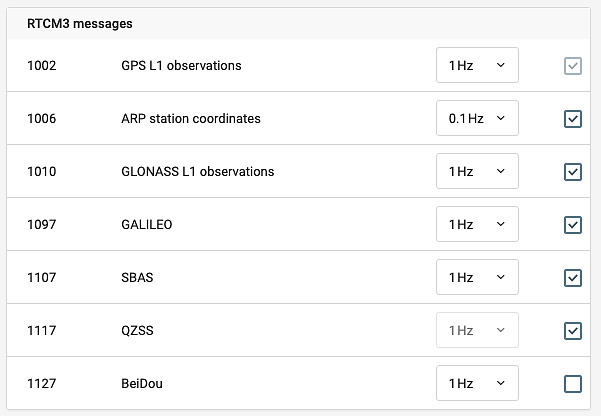 Enabling all satellites to analyze by RTKLIB

Reach positioning chip u-blox NEO-M8T binary data contains this information. Therefore, instead of RTCM message numbers 1002 and 1010, send 1077 and 1087 respectively. Although it is possible to modify the software so that Reach alone can send RTCM 3 messages 1077 and 1087, we decided to read the NEO-M8T information from another microcomputer here.

Reach can be accessed by shell using ssh. So I logged into Reach’s shell and examined it. The internal NEO-M8T serial port was connected to port number 2000 by netcat, and it was found that this port was accessible from the outside. This can be a security hole such as a third party changing the positioning mode, so this method may not be available in future Reach software updates.

After compiling RTKLIB from the source code into another microcomputer (Raspberry Pi), taking out NEO-M8T binary observation data inside Reach by the program str2str on that microcomputer and formatting it to RTCM 3 format, and then transmit them to STRAP Caster. By creating and executing the following shell file on the microcomputer, all the satellites observed by Reach could be available. The reason that satellites other than GPS were not targeted for positioning in the external RTKLIB was due to the message type used. All satellites are also used for positioning in another Reach.

Replace the Reach IP address, NTRIP Caster IP address, password, mount point, and antenna coordinates with your environment. In this shell file, the antenna coordinates, GPS, GLONASS, Galileo, QZSS, and BeiDou are set to send MSM7. The ephemeris is set to transmit only once every 5 seconds so that the receiver can find the satellites quickly.