The observation data can be used for free without any prior notice. Please note that the service may be interrupted due to the software updates, equipment failures, power outages, and so on.

The observation data cannot be used for official surveying.

RTK would be available at a location about 10 km from the reference station. You may use the observation data in most of places of central Hiroshima. 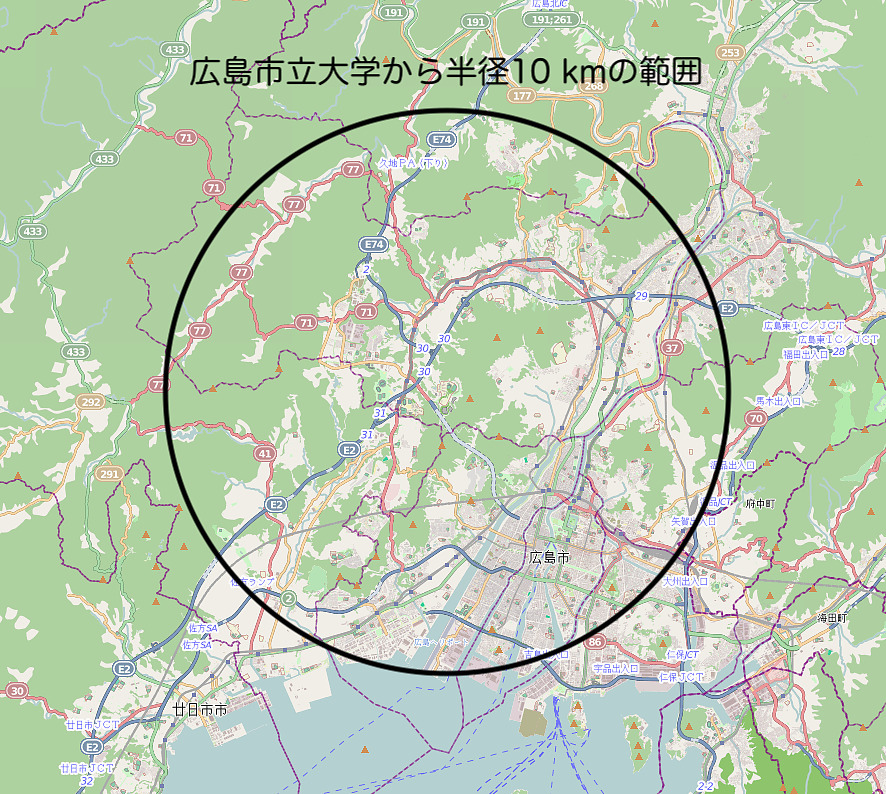 Details are as follows:

Mount point F9PR is also broadcasted for the u-blox raw message regarding the mount point F9P. The antenna positions were determined on June 19, 2019 using MADOCA-PPP. The antennas are on the top of the Information Processing Center at Hiroshima City University (3-4-1 Ozuka-Higashi, Asa-Minami, Hiroshima, Japan).

The RTCM messages broadcasted from the server are as follows:

What is GNSS, and why RTK

As positioning satellites, not only GPS (Global Positioning System) in the US but also GLONASS in Russia, Galileo in the European Union, BeiDou in China, and Quasi-Zenith Satellite System (QZSS) in Japan can also be used. These positioning satellites are collectively called GNSS (Global Navigation Satellite System). Anyone can use these satellite signals free of charge. If more satellites are available, the validity and availability of the positioning results will increase. NAVIC (Navigation for Indian Constellation) in India is expected to be available as GNSS soon.