Methods of automatically waking up television receivers with the special signal sent from the broadcaster when a significant disaster occurs are already available. When local meteorological agencies advised an emergency alert, ISDB-T digital television broadcasters send such special signals in the control signal for detecting the signal. Sending such signals in the control channel reduces the power consumption of the receivers when they are idle, because significant disasters would rarely occur. There are two ways of the automatic wake-up. One is “Emergency Warning System (EWS),” that advises tsunami and earthquake disasters. Another is “Earthquake Early Warning (EEW),” that also advises the earthquake details. 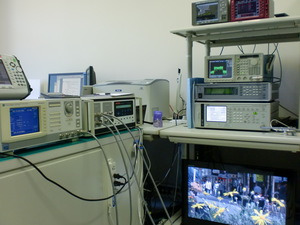 For detecting such automatic wake-up signals, the use of the parity has been proposed for EWS signal detection of receivers.